After Raigad fort, it was time for a quick monsoon trek to Rohida. It was a half day trek. We preferred a bike journey rather than a car to enjoy the post-monsoon nature. Trekkers for Rohida were me and my wife Renuka.

About Rohida Fort:
Rohida fort is also known as Vichitragad. It is situated at Rohid maval in Bhor region of Pune district. Distance from Pune city is around 59km and the village at the base of the fort is known as Bajarwadi. Rohida was built by the Yadavas. The fort was the property of Banddal who considered himself as King and the Great warrior Baji Prabhu Deshpande was the Pradhan of the fort. In 1656, this fort was captured by Shivaji Maharaj and Krashanji Banddal got killed during the war. Shivaji Maharaj personally met Baji Prabhu Deshpande and explained him the reason behind Swarajya. Rohida fort witnessed this meeting between Shivaji Maharaj and the great warrior Baji Prahu Deshpande. He accepted the proposal from Shivaji Maharaj and became a part of Swarajya.
In 1666, the Moghuls conquered the fort but could not hold it for long. On June 24, 1670, Shivaji Maharaj recaptured the fort.

21st Sept 2014: Trek to Rohida fort (Total Distance traveled: 118 km):
On late Friday evening, we (My wife & I) decided to go for a trek on Saturday. We woke up the morning by 8 am and left Pune by 9 am. The weather was perfectly set for trekking conditions but it changed its mood and Sun started dominating all over the sky. After the bike journey on Honda Dio, we reached the base village Bajarwadi.
We were searching options for breakfast, and we only somehow manage to get some fruits. When we asked the local villagers about food, they advised us to have it on the fort. A lady from a nearby village serves food like Bhaji, vada pav or Poha near the Temple. We decided to have food on the fort. You can see a beautiful view of Fort Rohida from the base village and it’s easy to spot the trekking route to the fort. We parked our bike near the Village school. Then from the school, we started walking towards the water tank. From this water tank, you will come across a small rough road. Follow this road for around 100-200 meters which will take you to a base of the fort. There is a board which welcomes the trekkers and advice to follow a path which is marked by a white stone.


We began our trek along the mentioned path. Don’t know how but we missed the marked route. Rather than coming back for the marked route, we started climbing towards fort bastion. Even though climbing route on the fort is easy, still it was a good experience for us to find an alternate route. Soon we climbed half of the distance and joined the white stone marked route. It was a bright sunny day and the trek route was not covered by forest area. Climb to the top of the fort should take around one hour. We were taking breaks at regular intervals to gain energy. After 1.25 hour of the hike, we reached on top of Fort.


Soon we reached the first gate of the Rohida fort. The main entrance is in good condition. From this point, stone steps are laid till the last entrance (Third Entrance). After climbing few steps we reached the second entrance. You can see ruined rooms on both sides of the gate. Also, there is small underground water tank which was the supply of drinking water on the fort. Next entrance (Last entrance) to Rohida fort is quite solid in construction. You can see elephant head carving and message (Marathi and Pharasi language) on the walls of the fort.

Overall fort head area is small in size. You need around 2 hours to see in detail else 1 hour is enough to explore the fort. After entering from the last gate, we saw ruined construction area which was Sadar (Discussion place or place for meetings) and the house of keeper of the fort. Locals say Shivaji Maharaj met Baji Prabhu Deshpande at this place for the first time. Right side route from Sadar area will take you to Rohidmalla/Bhiraba’s temple. Temple consists of the idol of Lord Ganesh, lord Bhirav, and Goddess Bhairavi. There is small water tank in front of the temple and a huge sized lake on the right side. We got to know that the lady who prepares some snacks was not at the fort. She didn’t come to the fort as there were no trekkers since morning. We had fruits as our lunch.

After taking rest at the temple, we decided to see all the bastions. Fort consists of 6 bastions named as Shiravale bastion, Patane bastion, Damgude bastion, Waghjai bastion, Phaate bastion and Sadar’s bastion. All bastions are massive and solid in construction. You can see Old grinder while approaching towards Damgude bastion. Peace of the fort, nature’s beauty with the cool breeze was the best way to get a refresh. 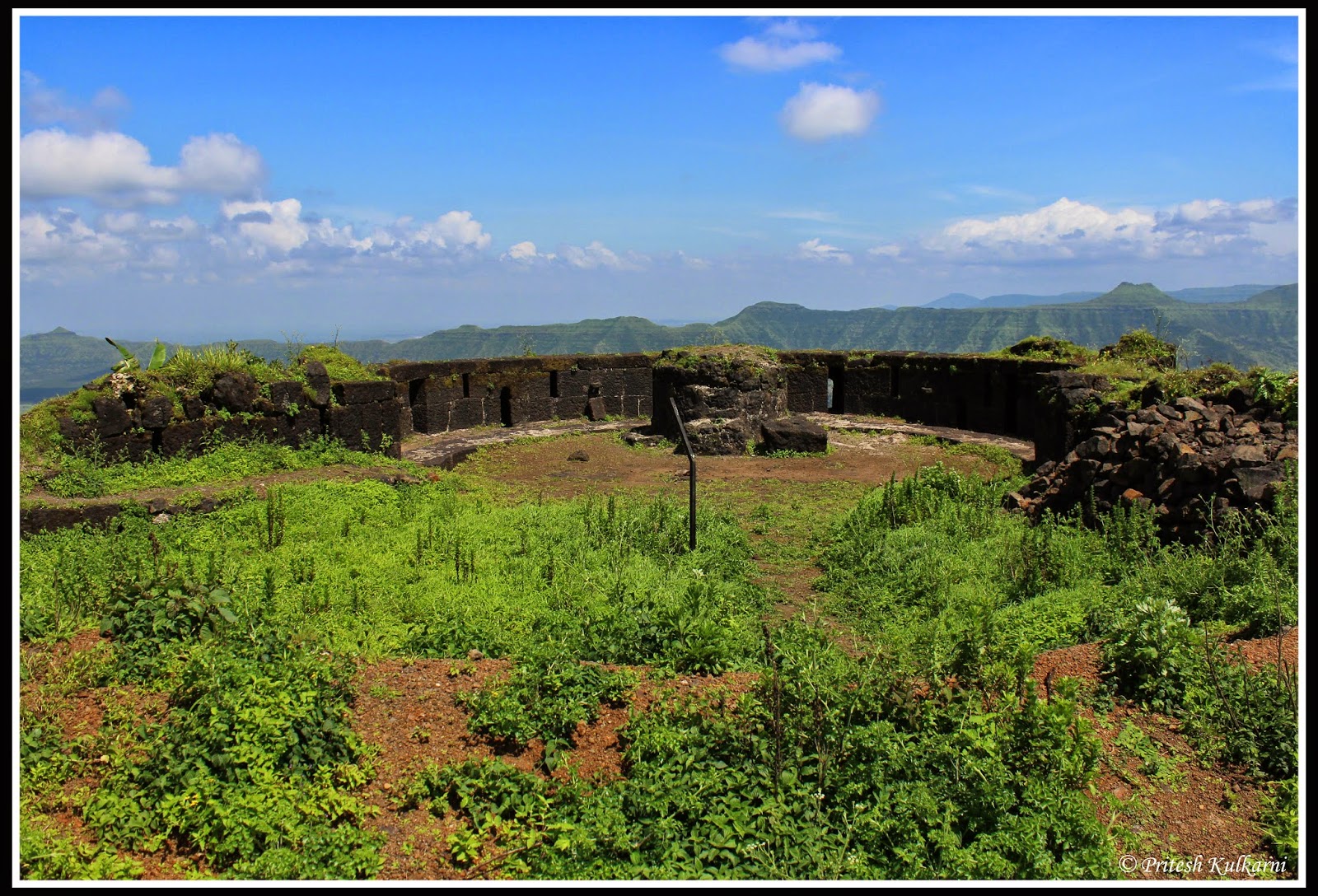 There are many water trenches on the back side of the fort which were used as the main source of water. These water tanks are not maintained properly now. Sahyadri view from these bastions is amazing. After spending some time, we move ahead to see Wagjai’s bastion. Wagjai temple can be seen from here and hence this bastion was named as Wagjai’s bastion. From this point, we decided to start the return journey. In between, we saw a secret gate which was used as an escape route.


Fortifications in front of Sadar are solid and intact. After exploring Rohida for around 2 hours, we decided to descend. Within an hour we reached Bhajarwadi village by 3.20 PM. We were too hungry so we left this small but beautiful Rohida fort soon. We had lunch after crossing Bhor town. We reached home by 6 PM safely ending a pleasurable quick trek to Rohida.
Things to carry for Rohida trek:
Our Expenses: 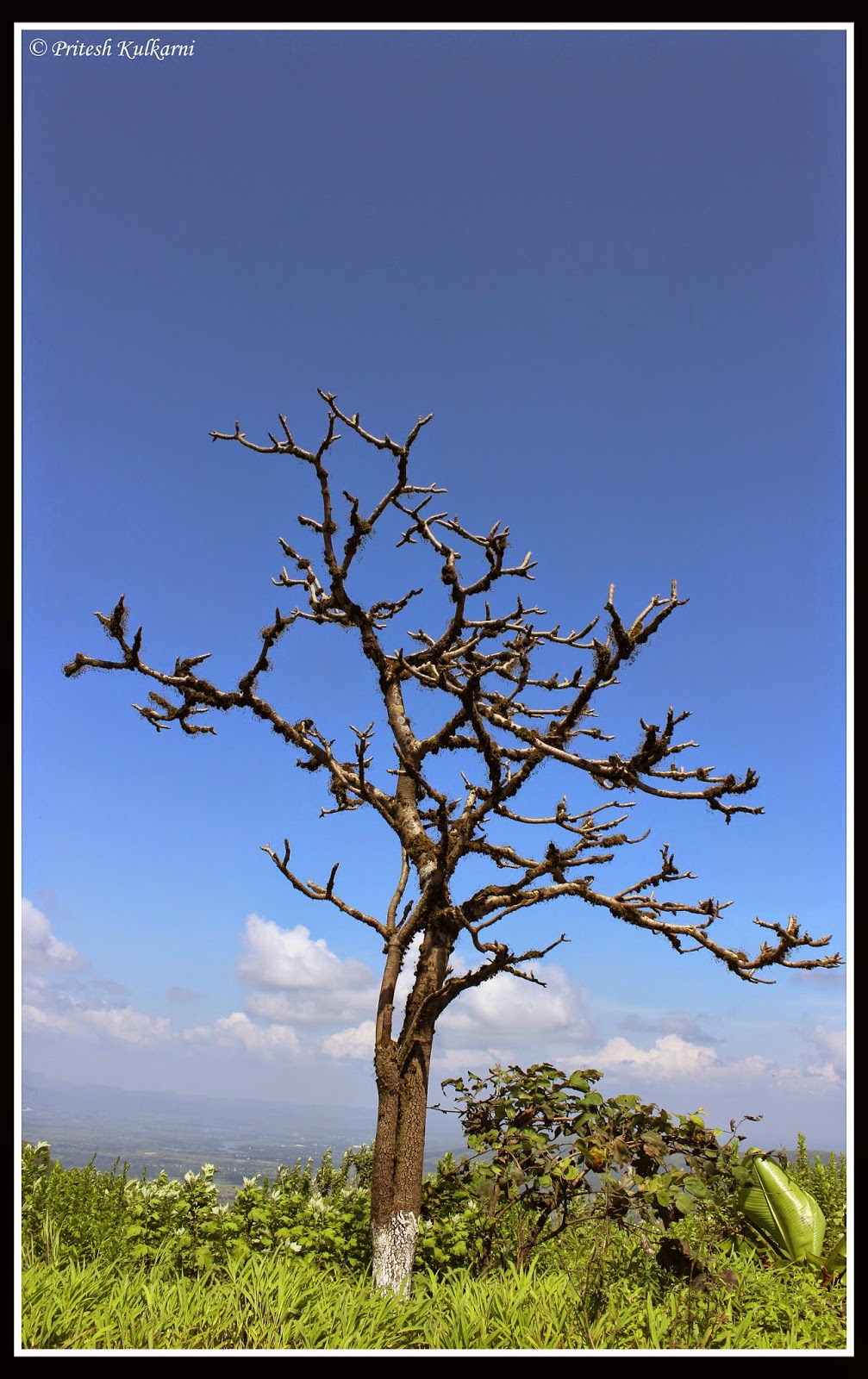 Click on below links to read other travel blogs on Forts